ATLANTA, Dec. 20, 2017 /PRNewswire/ — Gray Television, Inc. (“Gray,” “we,” “us” or “our”) (NYSE: GTN and GTN.A) announced today its appointment of veteran broadcaster Jasmine Hatcher Hardin as the General Manager for its Knoxvilletelevision stations, WVLT (CBS/MyVLT) and WBXX (CW) effective January 1, 2018.  She succeeds Chris Baker, who recently announced his retirement after more than 20 years with Gray including 19 years as General Manager of WVLT.  During Mr. Baker’s tenure, WVLT grew into a much stronger and competitive television station, launched one of the first multicast channels in the country, and created a legal duopoly with WBXX. 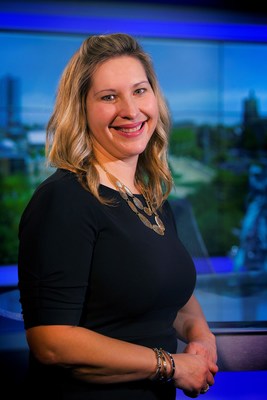 Currently, Ms. Hardin is the Station Manager for WVLT and WBXX, and she has served as General Sales Manager since 2013.  Ms. Hardin began her broadcasting career with Gannett’s WBIR in Knoxville and WXIA in Atlanta before joining WVLT in 2006 as National Sales Manager.  She is a graduate of the University of Tennessee College of Communications.  In 2015, WVLT named her the J. Mack Robinson Employee of the Year, and she is a 2017 graduate of Leadership Knoxville.

Gray owns and/or operates over 100 television stations across 57 television markets that collectively broadcast over 200 program streams including over 100 channels affiliated with the CBS Network, the NBC Network, the ABC Network and the FOX Network. Our portfolio includes the number-one and/or number-two ranked television station operations in essentially all of our markets, which collectively cover approximately 10.4 percent of total United States television households. For further information, please visit www.gray.tv. Ben McWhorter is a consultant and former media sales management executive living in Knoxville, Tennessee with his feline roommates. E-mail me at benmac@att.net.